Digital-Outsourcing > Blog > IT Basics for All. OOP, Logic, Files.

IT Basics for All. OOP, Logic, Files. 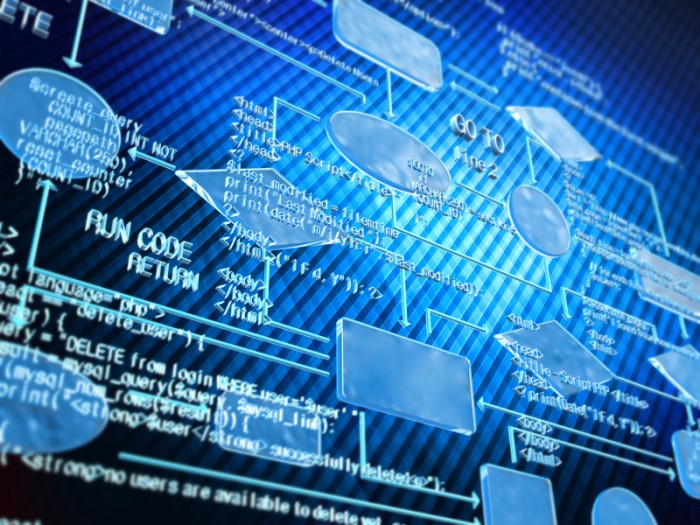 Short article about the basics of IT, needed to understand the many specialists , as now , almost any position connected with automation.

So start from the end . Files and folders. They have a tree structure , which structures the information . This is analogous to the analysis of where we are broader concepts share the details. So : build folder in the PC as well as concepts are being built in a life that would not have then confusion . There is such a thing as a reference , it helps to bind one something very attached to another folder.

Abroad, there is a direction - information architecture , it is such a specialty - to build the communication between people and their information on the templates that would make it easier to understand everything .

So about files. Try that would mean each file accessible , understandable entity. Folder is held on the basis of the same files and folders in it was immersed in the details of the general concept .

That files have to be reminded that there is a broader concept, and have their components , it can still be called a tree , sometimes it is used in the concept of graphs and there is such a Mind-Map.

If nesting sorted , go ahead. Next PLO. By the way managers also useful, as is the concept of OOD (Object Oriented Design). Why object-oriented programming, and how it was before.

And before that was very similar , it was functional . Let us now that is a variable and function .

Well, for example we need to make a simple calculator that would be one number is added to the second.

So . If something needs or the input or output of any process. This - variable , since it is not defined initially . Or example , our program is not flexible and it just adds to the 2 and 3 is equal to 5, then it's obvious . That is, the use of variables makes useful and necessary function . So that's about function. Function - a set operation on these variables , such as x + y = z. The notion of function occurred in mathematics, and it was recorded f (x, y), then there is something there with x, y happens and voila - your answer .

In designing sometimes no matter what happens, but you should at least understand what goes in and out which variables . Well operations on the data are different from mathematics remember : +, - , /, * ,%, ! etc. etc. Well, if I studied Engineering at the Institute of formula they can prepare for it Programming . But apart from the philosophy of mathematics was added and more logic, because the machine has become smarter and came already in the lives of all people, and so it had to teach philosophical concepts, such as AND, OR, NOT . Here are the three pillars in the mythologies - black, white , gray. Well, introduced a special kind of variable true, false - true or false . That is cool somehow received data and learn properly or not. A Twist of concepts called an algorithm. Well, something to consider different options and have added an operator to respond if, else.

And now be described processes of life , as algorithms for the processing of all possible embodiments , for example. Chance of how much money I = X, and how much milk , Y, and Z. chocolate

Now come up with a program that I introduced all 3 parameters and knew what to come home . Where to start?

Well let's try to write the first words that I need to : If I had enough money for milk , I buy milk. If it remains on chocolate and her too. If not , you still go home with milk . That's what comes out :

Besides all the above , which is considerably : a sequence of top-down and brackets , which we know from mathematics in parentheses first . So without the knowledge of mathematics nowhere.

Moreover, there are also quantitative indicators , it is possible to :
2 buy milk.

Or we forgot about the change. Or it can pick up or forget .

So as you can see in the life of too many parameters , and so remember that a program or task must necessarily be limited to the input data and output as parameters can be found sooo much .

Now any set of such operations can be put in and out function such as :

This feature will give much deposit will remain with us. Understandably, many nuances , such as the return data , braces , semicolons , but all these nuances come with experience of course.

So what is the PLO still. This connection of the tree files of programming . And now there is a concept class - it is like a set of variables and functions , some of which only works inside , and some can be called outside. That is, for example there are now Moi_dela class that has variables that are called attributes now . For example: attribute money will Moi_dela -> X, attribute the price of milk , Moi_dela -> Y. But the function is called a method . What also makes sense in principle , as if the thought " would drink what? " Method to solve the problem - My -Business -> Kupit_moloka (X, Y, Z). In principle, as in life , he took the money , you'll see in the course of prices , and the results will be renting and milk. So probably still have a variable or in the PLO - My - Cause attribute -> milk. Well, milk, like a fairy tale about blame fluff about honey - " Milk is a very strange thing , it is, it is not right ." So variable milk is philosophical - boolean which can be true or false.

That something like this in the general said . If it is not clear , but certainly better to take a book to read or Google . Here knowing all this , it is easy to write TK or design automation and information systems .

Article is mainly intended for beginners and managers , as well as all those who once read something about the vast world of IT. For now, almost all of the processes described by science. Eh ... Nui times ... What next ?